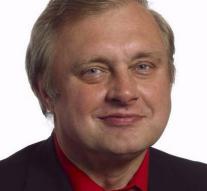 brussels - A Communist member of the European Parliament from the Czech Republic was arrested because he and three Slovaks in a Swiss bank would receive 350 million euros with fake identification. That the Slovak Interior Ministry on Friday.

It is the parliamentarian Miloslav Ransdorf on behalf of the Communist Party of Bohemia and Moravia sits in parliament. The 62-year-old lawmaker is an expert in the area of ​​Karl Marx and since 2004 a member of parliament.According to Swiss media, the foursome was stopped when the documents they showed did not match the information that had the bank.
NEW