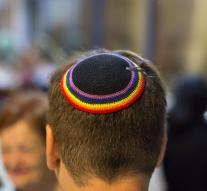 jerusalem - An ultra-orthodox Israeli parliamentarian resigned on Wednesday after receiving the wrath of rabbis because he had attended a marriage of gay marriage.

It was about the marriage of a cousin who was married to another man two years ago.

In an open letter, five prominent rabbis returned to Yigal Guetta from the Shas party on Monday. That happened after Guetta told the Israeli radio that he had been to the ceremony with family. He stated that he only wanted the son of his sister to be happy, even though his marriage fought against his religious convictions.

But that was against the sore leg of the rabbis who called homosexuality in their letter an 'abomination'. They further accused Guetta of 'desecrating the will of God.' '

Guetta resigned. He gave no explanation for his step.