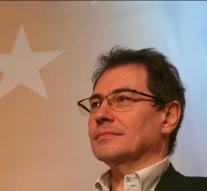 A guard saw the vice president of the Democratic Movement (MoDem) with the pants at half-mast working around two children. These would otherwise have noticed anything.

The store manager nevertheless alerted the police, who asked Rochefort. These known 'to have beaten her own life' '' do so because he felt '' in a stressful situation insistence. After four hours, the cops let him go.

In an interview with the news channel BFM TV Rochefort denied the facts later. He would have fallen into trap of the police for fear of having to spend the night in jail. The former director of Credoc, economic and social research center, said he hoped that a public trial could be avoided and he rid of it with a fine.