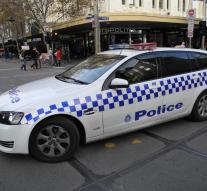 melbourne - Police in Melbourne have arrested seven men for plotting a terrorist attack. That the Victoria Police announced in Melbourne yesterday to Australian media. Five of the seven people are still in custody for further questioning.

The arrests are a result of raids Friday morning (local time) in houses in various districts of Melbourne by Victoria Police, the Australian Federal Police and the Australian Secret Service (ASIO).

'We believe that there were plans for an attack on several places at once, possibly on Christmas Day,' said Police Commissioner Graham Ashton, who called several intended targets in Melbourne. He called for this Flinders Street Station, Federation Square and St Paul's Cathedral. 'We think there were plans for bombings and have since found evidence to support that.'