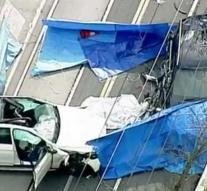 melbourne - The Australian city of Melbourne commemorates Tuesday the 27-year-old Dutch woman who recently died there. During a bike ride she was scooped by a motorist in a stolen car. To commemorate her there is a bike ride. 'Start where you want and finish at the corner of Chapel Street and Grosvenor Street \u0026 # x27 ;, #,' the place of the accident, the organizers say.

The tour is organized by two cyclist federations in Australia. They want more attention for the safety of cyclists. ' It could have happened to all of us. It should not happen to anyone, 'according to the Australian Cycle Alliance.