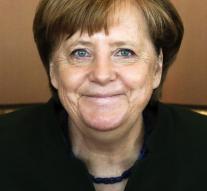 dusseldorf - In the German state of North Rhine-Westphalia, polling stations opened before the elections of the state parliament on Sunday morning. The region, which borders the Netherlands, is the largest in Germany in terms of inhabitants. 13.1 million people may vote on Sunday.

These elections are the main gauge for the Bundestag elections held in September. Traditionally, North Rhine-Westphalia is ruled by the Social Democratic SPD. But the polls point this year on a neck-to-neck race between the SPD and the Christian Democratic CDU, with only a slight advantage for the SPD.

In the national polls, the CDU of Chancellor Angela Merkel has an average of eight percent on Martin Schultz's SPD. State elections in March this year in Saarland and last week in Schleswig-Holstein gave victory for the CDU.