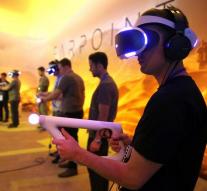 - Sony comes with an update to the media player of the PlayStation 4. This adds the ability to view videos and photos in 360 degrees with the PlayStation VR, virtual reality glasses from Sony that appears today.

To view these images on the PlayStation VR, they must be recorded with a 360 degree camera in one of the following formats: MKV, AVI, MP4, MPEG2 PS, MPEG2 TS, AVCHD, JPEG, BMP and PNG.

The update adds further FLAC, an algorithm that can compress audio without any loss of quality, and far from upscaling is now also possible for other audio formats such as MP3 and AAC.