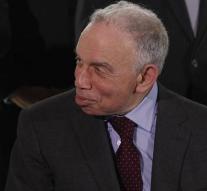 new york - Samuel 'Si' Newhouse Jr., the publisher of some of the best-known American magazines such as Vogue, The New Yorker and Vanity Fair, died at home at the age of 89 on Sunday. That has confirmed a family spokeswoman for The New York Times.

The media billionaire built his father's business into a conglomerate with 25,000 employees. Advance Publications Inc. is the 40th place of the Forbes list 2017 of largest US private companies. Newhouse's assets are estimated at $ 12.7 billion (10.7 billion), which is ranked in the top 35 of the richest Americans. His younger brother Donald accounts for 11.7 billion.