Home / World / McCourt not to Brussels but Paris 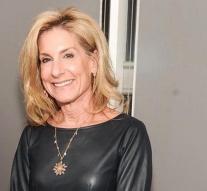 brussels - American businesswoman Jamie McCourt would become an ambassador to the United States in Belgium but eventually go to France. That reported Belgian media Thursday.

The White House announced that US President Donald Trump has proposed her for the post in Paris and has asked for approval from the Senate. Why he introduced the change is not known.

The 63-year-old McCourt is besides businesswoman also a lawyer and has no diplomatic experience.