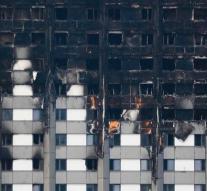 london lords - There are still 600 flats in England, such as the burned Grenfell Tower in London. According to Prime Minister Theresa May, three flats have already been designated as highly flammable.

May apologized in parliament to the failing national and local authorities that allowed the dangerous plot.

According to May, the inhabitants of the three as dangerously marked towers can move directly. The government has asked municipal councils to send as much information as possible about refurbished flats; So that it is quick to decide whether or not to tackle the surface.

The government has so far paid a little 800. 000 euros to the survivors of the Grenfell Tower.