Home / World / May does not send EU citizens away 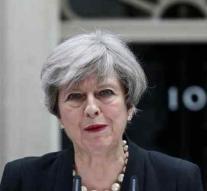 brussels - EU citizens living in the United Kingdom for five years or more will be granted a residence status after UK departure from the EU. Premier Theresa May wants to give over 3 million people 'priority and security' during the brexit negotiations, as she proposed on Thursday to her 27 EU colleagues during the Brussels summit. She spoke of a 'fair' offer.

May does not want to send anyone away, nor does it want families to break apart. These EU citizens have the same access to healthcare, education, benefits and retirement as Britons, even after brexit. Conversely, this should also apply to the more than 1 million Britons living in the European continent.

People living in the United Kingdom for less than five years are treated with coulants. They are given the time to complete the five years and then still have the same residence status and the corresponding rights.