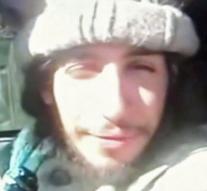 - Abdelhamid Abaaoud, the mastermind behind the attacks in Paris yesterday would have still died in the terror act in Saint-Denis. Reported that the French judiciary.

4. Wednesday morning around 20 o'clock the French police stopped a major terrorist action in Saint-Denis, in order to disable Abaaoud or pick up.

There were seven suspected terrorists arrested. Also, there were two deaths. DNA testing should reveal whether Abaaoud was one of two deaths. This now appears the case. the po