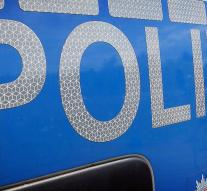 hamburg - Hamburg is a mass brawl administered within 48 hours to two times broken out among asylum seekers in a reception center.

The most recent incidents were Sunday evening instead. Then went between sixty and eighty people from Syria and Eritrea each other to attack. The men used sticks, stones and wooden slats. After three hours, the battle was terminated. Five guards and two people were slightly injured. The police arrested ten rioters, but left them the same night free again.

Saturday it was already badly wrong in the same refugee shelter. In total, fifty were Syrians and Eritreans each other afterward. One resident was injured thereby. No one was arrested.