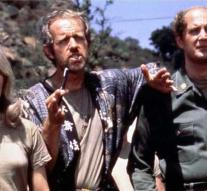 newport - The American actor David Ogden Stiers died on Saturday at the age of 75. He played the role of Major Charles Winchester III in the popular television series MASH. The letters stand for Mobile Army Surgical Hospital.

' I find it very sad to report that David died peacefully in his home in Newport, Oregon on March 3 after a courageous battle against bladder cancer ', his agent Mitchel K. Stubbs twittered.' His talent was only surpassed by his heart. '

Stiers also played in other series such as The Mary Tyler Moore Show, Charlie's Angels, Star Trek: The Next Generation and Frasier. As a voice actor he could be heard in Beauty and the Beast (as Cogsworth), Pocahontas, The Hunchback or Notre Dame and Lilo \u0026 amp; Stitch.

In 1984, the actor received a third Emmy nomination for his interpretation of William Milligan Stone, founder of the Olympic Committee of the United States, in the mini series The First Olympics: Athens in 1896.