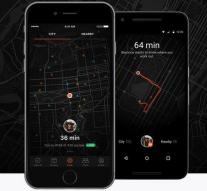 amsterdam - The Human Dutch app is acquired by Mapbox. That made the two companies announced Thursday. Human is an activity tracker that is available on iOS and Android. Mapbox delivers cards and related services to developers.

Human uses the data collected by its users to create visualizations of traffic flows through the cities where it operates. Which dates Mapbox can start using now.