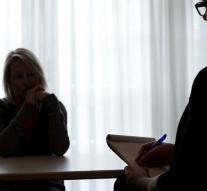 waardenburg - The mental health care (GGZ) is struggling to find enough suitable staff. The total number of vacancies in the sector increased by 28.5 percent last year to 5151, reporting purchasing organization Intrakoop and accountant Verstegen Thursday based on an annual study of the annual reports of 186 mental health organizations.

Of the vacancies, almost a thousand were difficult to fulfill. The sector is mainly about 'patient-related' employees. This includes, for example, nurses. In total, the GGZ estimates around 64,000 full-time jobs according to the analysis.

The labor market tightness contributes to an increase in labor costs. That increased by 4 percent. Overall, the GGZ institutions posted a 'modest positive result' of 51 million euros, according to the report. A year earlier, it was more than twice as much: 105 million euros. In financial terms, small organizations generally booked better results than large institutions.

Despite major changes, the industry knows the 'head over water' sector according to the researchers. In 2015, Intrakoop and Verstegen reported another 34 organizations suffering loss. A year later, fifteen of those organizations wrote red numbers.

Intrakoop is a cooperative which accounts for the purchase of hundreds of Dutch healthcare institutions.