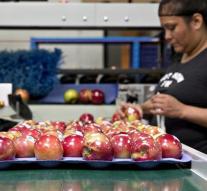 - Industrial production in the United States increased by 0.3 percent in September compared with the previous month.

According to figures from the Federal Reserve.

Economists also recorded growth on average by 0.3%. In August, production decreased with a revised 0.7%.

The occupancy rate in US industry came to 76.0% in September, compared to an adjusted 75.8% a month earlier.