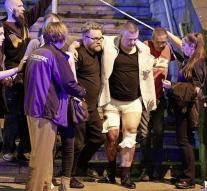 manchester - The Manchester Arena opens its doors on Saturday 9 September. About four months after the launch of the Ariana Grande concert, the hall is reopened with a charity concert called We Are Manchester. During the special evening, the 22 victims of the bombing are reminded of a concert. Among the dead were many young fans of Ariana Grande.

Among other things, Noel Gallagher and the High Flying Birds and Rick Astley make their awaits at the concert. In addition, there are many local bands, such as Nadine Coyle, Pixie Lott and Louisa Johnson.

All proceeds from the concert go to the Manchester Memorial Fund. The organization collects money for a major memorial monument at the Manchester Arena.