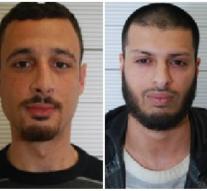 london - A UK resident Belgian, 3000 pounds (3500 euros) gave one of the terrorists guilty were involved in the attack on the Brussels airport Zaventem Tuesday by a London court found to finance international terrorism.

The 26 year old Zakaria Boufassil will next week hear his sentence. He could get up to life along with a co-defendant.

Boufassil handed over the money in July 2015 with Mohamed Abrini, the 'man with the hat' on the images of surveillance cameras in the departure hall of Zaventem. The co-accused, also in Birmingham resident Mohammed Ali Ahmed, known debt last month to preparing a terrorist attack.

Boufassil said during the trial that Ahmed had tricked him by not telling him that Abrini, whom he had not met before, was a ' bad person '. He said he was naive, a cannabis user and a 'moderate and tolerant '' Sufi Muslim who IS extremists ' worse than beasts' are.