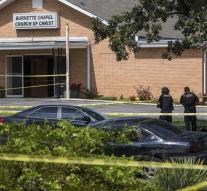 nashville - A man with a ski mask on Sunday in a suburb of Nashville in Tennessee state shot a woman who came from a church. He then went into the building and opened the fire to other churchgoers who were about to go outside the service. Six people were injured, reported local media. Of two the situation was critical.

During a struggle with an armed member of the municipality, the shooter accidentally shot himself in the chest. He was admitted to a hospital with non-life threatening injuries. According to the police, it is a 25-year-old black man who, to date, has no ties with the church in Antioch. His motive is still unclear.

All victims one after his parent over sixty years.