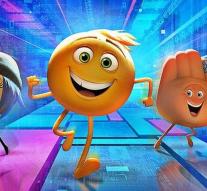 A mother who was in the cinema with her children and friends saw how the man opened his pants and then put his hand in. The man was sitting alone in the back row of the room.

The theater management then left the man outside. On July 28, the incident took place Only later in the day, the police were turned on looking for the man.

It's about a man of late twenty, early thirty. When he was last seen, he wore a white shirt and a black pants.