Home / World / Man grabs next to the prize with stolen lots 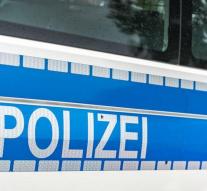 thiersheim - A thief who probably hoped to get rich soon by stealing hundreds of lots in Germany has left only a few tens. The robbery delivered the prisoner charges to the perpetrator according to the police 78 euros.

The unknown perpetrator stole at a supermarket in Thiersheim (Bavaria) a box of around 450 lots of the Bavarian Lotto, which costs 2 euros each. He exchanged the winning specimens later, but the main prize of a few tons passed his nose. The police said they were still looking for the thief on Wednesday.