Home / World / Man Gets IS 30 years in prison for helping 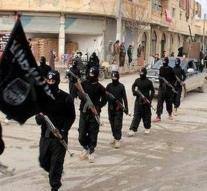 - A former Californian student was sentenced to thirty years in prison for helping a friend who wanted to go to the Middle East to fight with Islamic State.

The judge in Santa Ana considered the 25-year Muhanad B. guilty of providing 'material support' to a terrorist organization in the form of his recruit Nader E. This has already been imprisoned for thirty years in September.

According to the prosecution acted B. as 'radicalising assistant, recruiter and helper' of IS with the task of believers to prepare them for martyrdom. That's why he deserved the same punishment as his companion, who actually would go to Syria or Iraq. His lawyer had called for fifteen years in prison, since B. was not waving a ticket to leave the United States.