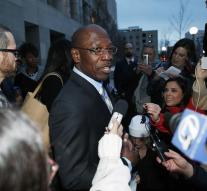 denver - A man from Denver to 28 years in prison for rape was found Monday innocent. His conviction was partly because the victim had said at the time that his name came to her in a dream.

Clarence Moses-EL was sentenced in 1988 to imprisonment of 48 years for sexual assault and assaulting his neighbor. He denied until today. After all legal avenues exhausted another prisoner wrote a letter to him saying that he was the culprit. The letter writer would have had sex with her and have beaten afterwards.

That led to a reopening of the case, after which he was acquitted Monday by the jury. 'The victim's dream became a 28-year nightmare for my client,' said the acquitted man's lawyer.