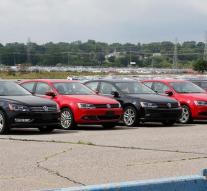 kansas city - The US police found a man dead behind the wheel of his car. Not so strange, but the man was missing for eight months.

According to local newspaper Kansas City Star, the vehicle was parked at Kansas City Airport. The 53-year-old allegedly committed suicide. The police found his physical remains only after someone had reported a sense of stench.

Family members told the Kansas City Star on Tuesday that the car had light-tinted windows, but passengers could still look through it. The car was on one of the thousands of parking spaces at the Kansas City International Airport.