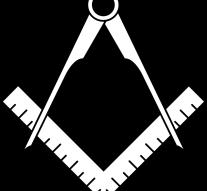 - Police in the US have arrested a man from the city of Milwaukee (Wisconsin) who had planned to cause a massacre in a temple of Masons. He was in possession of two machine guns and a silencer.

Samy Mohamed Hamzeh (23) told two confidential sources at the FBI that he was planning to make dozens of casualties. The attack on the temple in Milwaukee had over the world are known , according to the US Department of Justice.