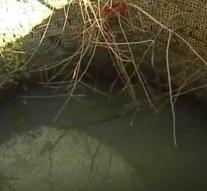 villanueva del trabuco - The 45-year-old man who was found dead in a pit near Málaga on Monday was presumably killed by hypothermia. That report Spanish media.

According to local authorities, the scenario that the Juan Antonio Santamaría jumped into the pit to save his dog is most likely, says the mayor of the village.