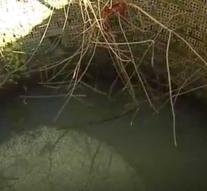 malaga - Barely two days after the dramatic denouement around the boy Julen, another person was killed in a well near the Spanish city of Malaga.

A 45-year-old man was found dead Monday morning in a well three meters deep near Villanueva del Trabuco. The man's dog was also found dead in the pit. Spanish media reports Monday prominently about the case and refer to the recent drama in Totalan.