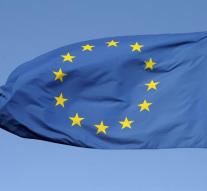 brussels - Malta adopted January 1 the rotating EU presidency from Slovakia. It is the first time that the southern European island nation of 415,000 people in charge get over the Council of Ministers in Brussels.

The government team of Prime Minister Joseph Muscat is a turbulent time ahead, the expected official announcement of the British departure from the union elections in the Netherlands and France, and a new American president who may change the relationship between the US and EU.

During the Maltese presidency of the EU also celebrates sixty years ago (March 25, 1957) signed the Treaty establishing the European Economic Community in Rome. Of twelve members grew the 'European family' to 28.

On February 3, speak to the EU leaders in capital Valletta, no prime minister Theresa May, about the future of the EU without the British.