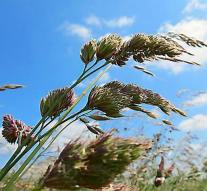 leeuwarden - A young couple is Sunday morning around half past startled by the police while in the tall grass on the industrial FrieslandCampina in Leeuwarden made love.

During the night shift saw a security guard, which was parked a car on site. The driver, a boy of 19, stepped out of the car and then took off his clothes. The fellow passenger undressed. Together they disappeared into the tall grass.

The security guard did not trust it and called the police who interrupted the game of love couple.


The boy appeared to have been drinking a lot of alcohol after a breath test as a new driver. The police took him to the office, where his license was recovered. Police also advised to make love in places where this does not offend or constitutes suspicious situations.