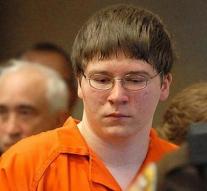 milwaukee - Brendan Dassey, one of the men from the famous Netflix documentary Making a Murderer, will be quickly released. A judge overturned the conviction of Dassey Friday.

The 26-year-old Dassey was sentenced to life imprisonment in 2007 for the murder allegedly committed by photographer Teresa Halbach, which he in 2005. The court has now ruled that the investigators have cheated Dassey's confession by doing the then 16-year-old boy 'false promises', reports ABC News that documents on the case in his possession.

According to the court his confession, partly because of his age, his intellectual abilities and lack an adult, 'involuntarily'.


Dassey will be released within three months, unless the prosecution lodges an appeal.