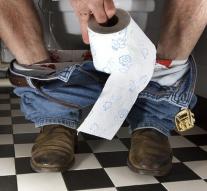 palma - An increase of 700 percent of the number of guests who suffered from diarrhea this year and subsequently returned to cash, put Mallorca owners on the track of major fraud. It was about British holidaymakers who took a simple trick to save a lot on travel expenses: get diarrhea.

The method worked simple. The tourist bought a drug for diarrhea during his vacation at a pharmacy. At home in Britain, the bill claimed that the bad food in the hotel was blamed. For example, tourists have estimated to recover 50 million euros since 2013. Due to the huge increase of diarrhea cases this year, the organization of hoteliers in Mallorca understood how it was.

Tourists claimed their travel expenses at the travel agency and, in turn, charged the hotels on the island. One of the measures that Mallorca is now taking is simple and effective: pharmacists do not pay more cash for diarrhea. The hotel business owners have also addressed the matter with the British government.