Home / World / Maduro: power failure is sabotage of the US 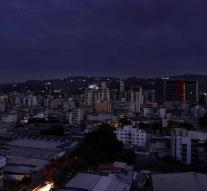 caracas - Large parts of Venezuela, including the capital Caracas, sat for several hours without power on Thursday evening (local time). The problem was caused by a fault at a large dam that...

Power failures occur regularly in the South American country, plagued by an economic crisis, a chronic shortage of food and medicines and a massive emigration of more than three million citizens.

Critics say that corruption and too little investment in the infrastructure have led to the country's electricity grid no longer working properly. Maduro says that the problems are deliberately caused by political opponents.