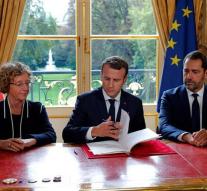 The revised labor law is expected to be implemented only by the end of this year.