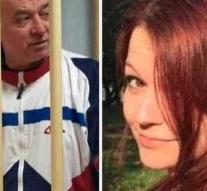 luxembourg - Luxembourg calls back its ambassador to Moscow for consultation. The country does this in solidarity with Great Britain after the attack on the double spy Sergei Skripal and his daughter in Salisbury.

Luxembourg does not reject Russian diplomats, as many other countries have done. 'The government of Luxembourg condemns the attack and shares the analysis of Britain that most likely the Russian Federation is responsible for that act and that there is no other plausible explanation', according to a statement from the Luxembourg Ministry of Foreign Affairs.