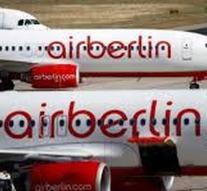 Thursday afternoon signatures will be announced by topman Carsten Spohr of the German aviation group at the Rheinische Post newspaper.

Spohr spoke of a 'big day' for his company, which is expected to amount to about 1.5 billion for the lion's share of Air Berlin's bankruptcy estate.

The aviation group will receive over eighty planes, which will most likely be used to grow Eurowings price fighter.

Air Berlin went bankrupt in mid August. Thanks to a bridging loan from the German government, a large part of the flights could continue while buyers were looking for, for example, the fleet and landing rights.

During the past three weeks, the curators exclusively negotiated with Lufthansa and the British price fighter easyJet.