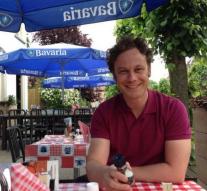 peking - Harm Fitié, the Dutchman who is in prison in Beijing because of the death of his Chinese neighbor, was sentenced to 4 years and 6 months on Friday morning in appeal. This means that the 45-year-old Almkerker will only be released in November 2019.

Tears at the Beijing Supreme Court with the girlfriend and family, because there was hope that Fitié would be released soon, but he stayed behind the bars for two more years and four months. On the other hand, the original 12-year cell sentence was significantly reduced. He has been behind the bars for more than two years and two months.

The judge condemned the Dutch in the pressured session by negligence, thereby renouncing the verdict due to the fact that a lower court had previously pronounced. It is not common in China that a punishment in appeal be reduced so drastically.

What has undoubtedly been the fact that the family had already paid 68. 000 euros to the widow and son of the retired retired naval officer. Not as a guilt, but because it would help him get free earlier. Such damages are not unusual in the Asian country.

With the family, who responded emotionally to the sentence, it remains extremely strange that the Brabander stays stuck while he has always been innocent. His neighbor fell over two years ago from their shared roof terrace after he was in a drunk state. Fitié claims that he was stunned, but according to the man's son, his father told him that 'the foreigner had hit'.

The burden of proof in the case was quite well, and that led to considerable diplomatic pressure from the Dutch government. For example, for the first time in history, a trust attorney in China, who viewed the entire dossier, was engaged. The findings of this person were worrying. For example, Fitié has been heard numerous times without a lawyer. There have also been statements made later.

Until recently, it has not come true. Remarkably, the Dutchman's reanimation attempt, which ran straight down when the neighbor fell, worked just against him. The judge was of the opinion that this was mainly caused by guilt.

Whether the Dutchman can sit out of the Netherlands- possibly in part- is not yet known.