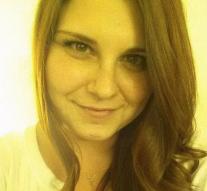 charlottesville - The woman who came to life on Saturday during a protest march in Charlottesville, is 32-year-old Heather Heyer.

On the Internet, money is collected for the Heather family, who was killed by 20-year-old James Alex Fields from Ohio.

'Heather was killed while protesting against hatred', can be read on the page on Gofundme. Com. Heather's mother: 'My heart is broken, I will be proud of her forever'.

The promoters hoped to pick up $ 50,000, but donated so generously that the counter is already close to $ 90,000 after twelve o'clock.

Since Friday, nationalists, supporters of so-called alt-right and neonazi gathered in Charlottesville. They protested against plans to remove a statue from General Robert E. Lee, the captain of the southern states in the US Civil War. On Saturday there were violent confrontations between extreme right-wing groups and counter-protesters.