Home / World / Loos alarm over dirty bomb on board ship 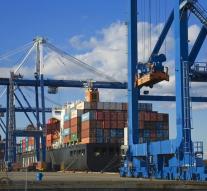 charleston - The US Coast Guard and the FBI have been investigating a so-called dirty bomb in a port near Charleston. That's a conventional bomb with radioactive material spread by the explosion. It is seen as a very dangerous weapon for terrorists.

The authorities broke alarm because they suspected that such a bomb was on board a large container ship. The port was sealed off and the ship was searched. However, the research on nuclear radiation in four vessels in the ship de Maersk Memphis did not yield anything.

The FBI opened the port on Thursday morning. There is no danger. A person is still being heard in connection with this case, reported local media.