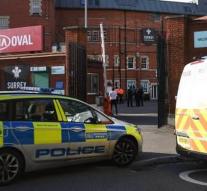 london - A group of young men have sprayed bypassers with a corrosive substance on Saturday night in the vicinity of a London shopping mall. Six people were injured, police reported.

The incidents occurred around 20:00 (local time) for different locations around the Westfield shopping center, in Stratford, east of the British capital. According to the police, a suspect has been detained and is probably unrelated to terrorism.