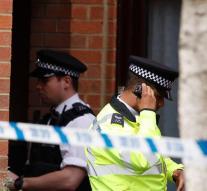 london - Great Britain has adjusted the threat of attacks in the country down from 'critical' to 'severe'. Minister of Interior Amber Rudd said Sunday that this decision was taken on the basis of the progress made in the investigation into the underground London bombings.

After that attack, Prime Minister Theresa May had adjusted the threat level of attacks in the country from 'serious' to 'critical'. That is the highest level, which meant that a terrorist act was expected in the short term.

Due to a partially failed explosion in the full train station at station Parsons Green, thirty people were injured on Friday. The homemade bomb flared, but did not come to an explosion completely. In connection with the attack, the police arrested a 21-year-old and an eighteen-year-old suspect.