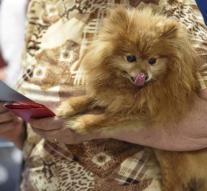 paris - Many French voters did not vote on Sunday afternoon in the second round of parliamentary elections. The rise was about 35 percent at 17.00, the Ministry of Interior announced. Peilers expect Sunday to vote in total about 42 to 43 percent of the voters.

The rise in the afternoon was about 10 percentage points lower than at the same time in the second election round in 2012. At about 17.00, more than 46 percent of the voters had voted.

Also in the first round of parliamentary elections, voters earlier this month did not massively go to the ballot box. Then a total of 48.7 percent of the voters cast a vote; The lowest since the founding of the Fifth Republic in 1958.