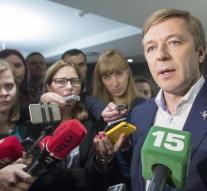 - Voters in Lithuania have punished their government and the smallest to largest party created in the new parliament. The Union of Farmers and Greens (LGPU), previously only one seat occupied, now with 54 representatives of the largest party in the 141-member parliament.

How the next coalition in the EU and NATO member state will look like, is still open. The conservative Homeland Union with 31 seats, the second largest party, still well ahead of the Social Democrats of the current government leader BUTKEVIČIUS, who continued stabbing 17. His coalition partners, the Party of Order and Justice and Labour Party, came out on 8 and 2 seats respectively.

LGPU leader Ramunas Karbauskis said to be open to a center-right or center-left coalition. Cooperation with the Liberal Movement (14 seats), he pointed out.