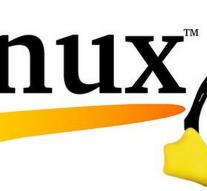 - Linux operating system is celebrating its 25th anniversary Thursday. But it had hardly reached that milestone. About fifteen years ago, the system was large and unwieldy. A new structure finally solved the problems, but Linus Torvalds, the man behind Linux was about to throw the towel in the ring. He says on the site of the Linux Foundation.

,, The process was a disaster. That was probably the only time in history when I thought: this is not working. Looking back, was that the moment may be that I just gave up, '' said the 46-year-old Finn.

Linux started small, a student in Helsinki.,, Just a hobby, will not be big and professional ', 'Torvalds wrote on Usenet on August 25, 1991. He wanted to see where he was able to. That was a special time, he says now.,, Even at the slightest sign of life I thought, wow, I have this machine below the knee. You get excited because you see a letter on your screen. ''


Today Linux runs smoothly, says Torvalds. The system has 22 million lines of code and more than 5,000 developers. Torvalds does not need much to do.