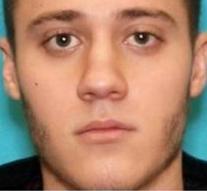 - The man who shot at the Los Angeles airport a security guard in 2013, on Monday (local time) sentenced to life imprisonment. The 26-year-old Paul Ciancia showed according to The Los Angeles Times barely repentance.

Ciancia was then planning to murder employees of the TSA, the service monitors travelers. One of the TSA employee was hit by twelve bullets and died. Two other guards and a passenger were injured.

The American said he was angry because he felt that making the TSA employees are guilty of harassing travelers. ' I wanted to make a statement, '' he said, his voice charged in court. Ciancia offered only apologize for the shooting of a teacher who was accidentally hit.

Ciancia got himself seriously injured in the shooting. Officers shot him in the head. The American could get the death penalty, but struck a deal with justice. He confessed in exchange for a reduced sentence demanded debt to murder and other charges.