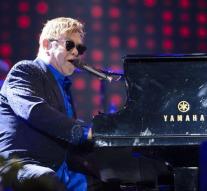 london - A rationalized British teen who wanted to attack an Elton John concert in Hyde Park on September 11 last year, was sentenced to life imprisonment on Monday in London. The now 19-year-old Haroon Syed must be at least 16.5 years old before being eligible for early release.

The convicted had also looked at other possible targets, such as the Oxford Street shopping street. According to the police, Syed had attempted to conclude loans to buy a weapon and explosives over the internet. On social media he shared his plans, but he did not do that as he thought about the same-minded, but to a police officer. A conversation with the agent in a coffee shop was secretly recorded.