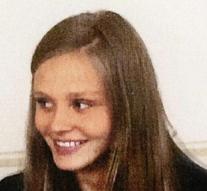 dresden - The German public prosecutor has demanded life Wednesday at the forty main suspect in the murder of a seventeen-year-old German girl. Entrepreneurs Daughter Anneli last summer was abducted by two men who demanded 1.2 million ransom.

The parents had the girl declared himself willing to pay the kidnappers, but was still put to death. Justice directly identify all the men their crime had prepared poorly. Just one day after the kidnapping the prime suspect strangled the girl already claimed justice. He would have been afraid she would identify him later.

Against the second defendant (62) demanding justice fifteen years in prison for complicity. He did nothing, while he could have prevented the murder.


Anneli was pulled into a car near her home in Saxony in August 2015.