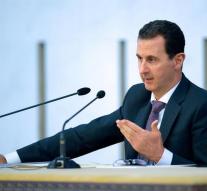 vienna - A Syrian asylum seeker was sentenced to life imprisonment in Austria for assassination of twenty injured and defenseless soldiers from the army of President Bashar al-Assad. The 27-year-old man was ex-warrior of an anti-Assam militant from the city of Homs.

He was accused of hearing a fellow accomplice hearing him about the murders and getting to the police. The suspect denied, but according to the police, he made a confession during the hearings. The lawyer allowed to appeal because the words of his client were incorrectly translated.

Austria holds more people fighting in Syria against the regime. In most cases, there are jihadists who are being prosecuted for membership of a terrorist organization because they were on the side of the Islamic State group. The man convicted now, however, fought with a non-Islamic militia.