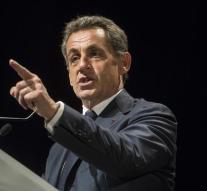 - French-Libyan businessman says he has transferred three suitcases with money from the former Libyan leader Muammar Gaddafi on the French politician Nicolas Sarkozy. In a statement distributed Tuesday by the French news website Mediapart said businessman Ziad Takieddine that it is a sum of 5 million euros.

Sarkozy would have used the money for his election campaign in 2007. In that year, Sarkozy was elected president. Reports that Sarkozy money adopted by Gaddafi have been brought out earlier. Sarkozy has always denied that he has accepted money from the Libyan dictator.

The center-right Sarkozy would again make a bid for the presidency next year.