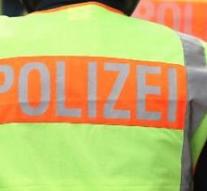 leipzig - A 56-year-old woman was attacked in the German Leipzig on the street by a 28-year-old Libya with a kitchen knife. According to German media, the attack came out of nothing, and the woman was severely injured on her shoulder and arms.

The police in the German city could not say anything about the motive of the man. He was detained at Willy Brandt Square near the incident on Tuesday evening.